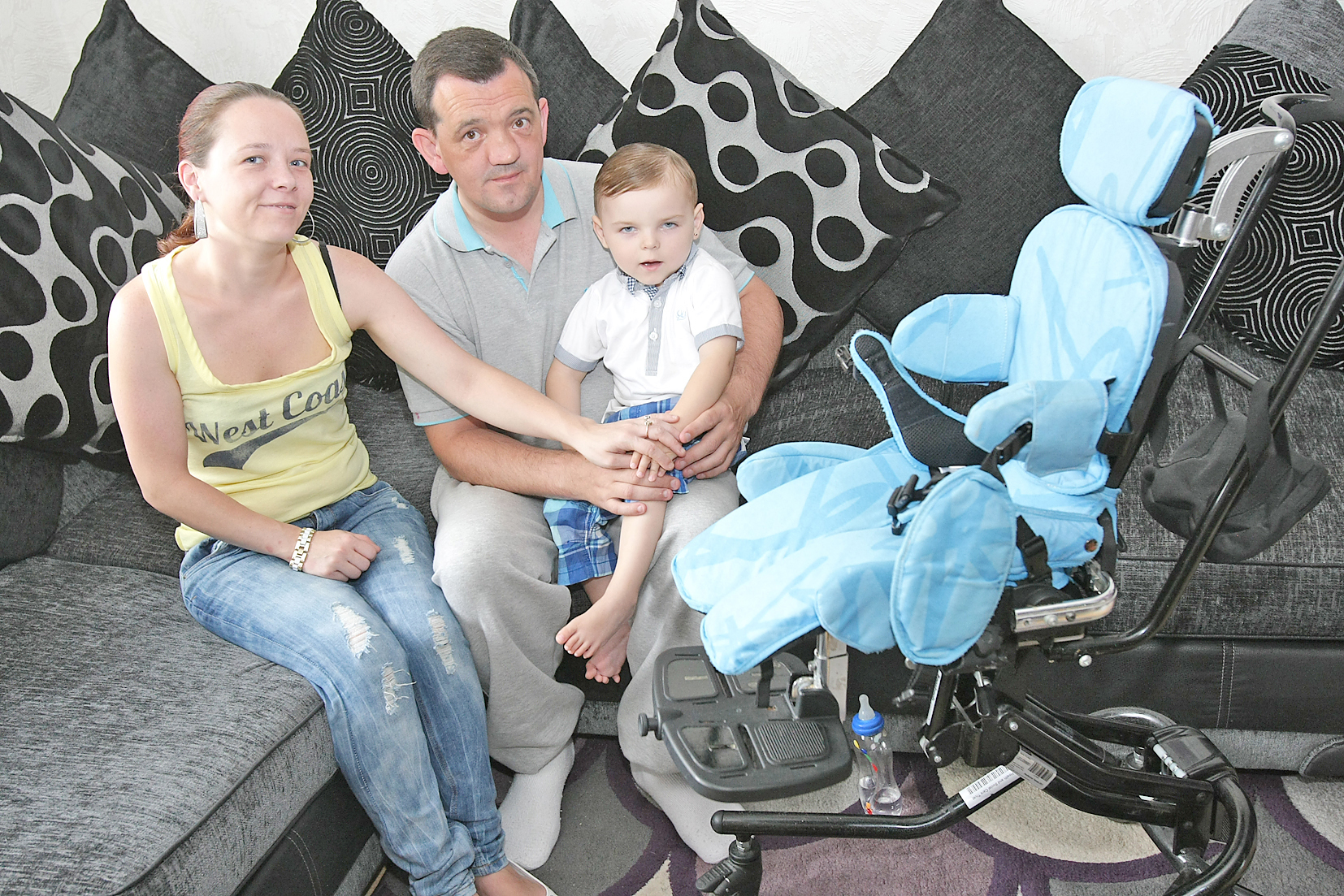 DISAPPOINTMENT has turned to joy for a disabled Belfast toddler whose hopes for a new lease of life were badly hit by the recent collapse of a medical supplies company.
Three-year-old Billy O’Neill – who suffers from the rare and painful muscle disorder dystonia – and his parents Nichola and Billy Snr were left devastated when Comber wheelchair specialists Fred Storey Ltd went out of business last September. A £1,500 deposit that the family had raised for a bespoke wheelchair to give young Billy the mobility that he craves was lost when the firm stopped trading. That money had been raised during a sponsored walk on Cavehill.
Undeterred, the family ploughed ahead with their efforts and now they’ve finally managed to raise the £4,500 needed to pay for the specialist wheelchair. Dystonia causes spasms and pain in the limbs and muscles and the impact on the toddler’s legs in particular is so bad that the family have been told that it’s likely that Billy will never be able to walk. But now they’ve spoken of their delight at the prospect of their little son – the youngest of their five children – finally having “his little bit of freedom”.
A key part of the fundraising drive for the Turf Lodge boy was a recent bag-packing session at Yorkgate, where Billy Snr works as a security officer – over £2,000 was raised by big-hearted Tesco customers. The new chair will enable Billy to attend Mitchell House – a specialist school in East Belfast for children with physical disabilities.
“The loss of the money was a big blow, but we knew we had to keep on and now we just want to thank everyone who helped out and donated to our cause,” said Nichola. “The fundraising was done in between travelling to and from London to get treatment for Billy and without everyone’s support we would never have been able to give him his little bit of freedom.
“It has given him a vital piece of independence. He is no longer relying on me or his sisters or his daddy for things because he can now do them on his own. He can even go and have a bit of fun with his sisters in the street, which he loves and which he was never able to do before.”