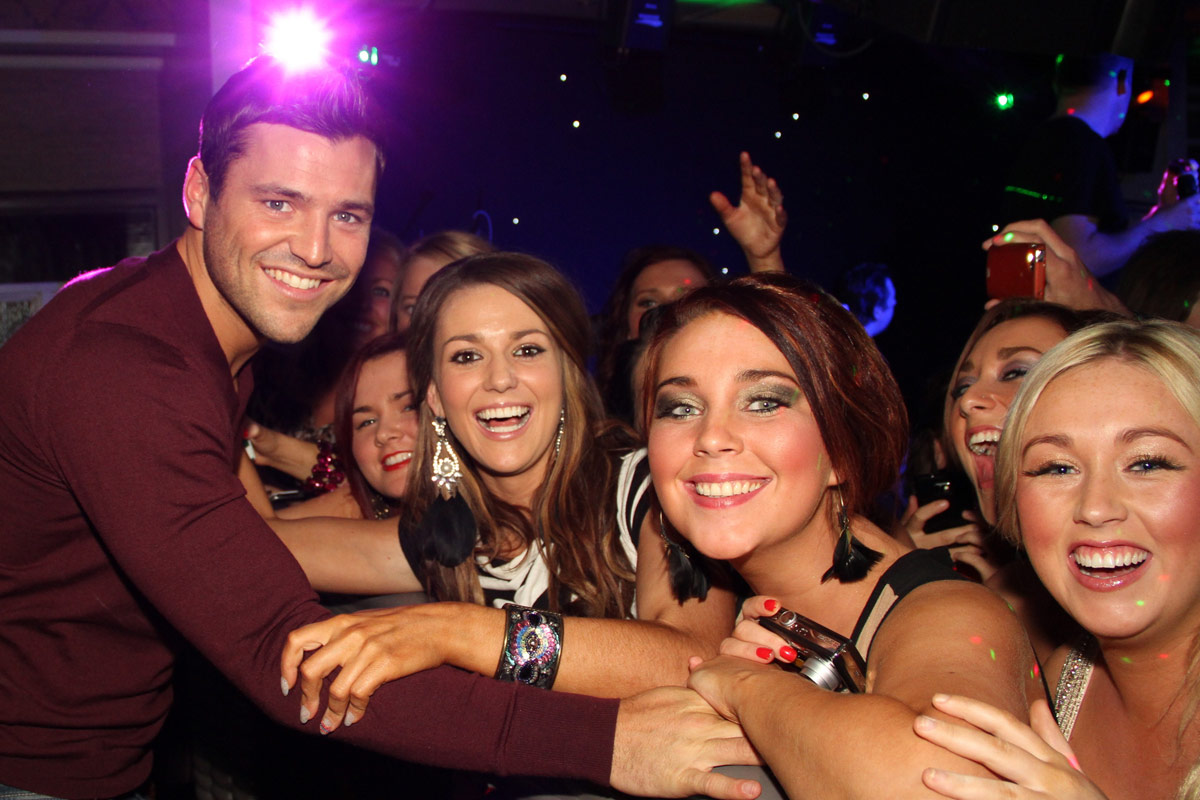 PARTYGOERS flocked to the grand unveiling of the newly refurnished Whitefort bar on the Andersonstown Road at the weekend – which was officially opened by The Only Way Is Essex reality TV star Mark Wright.

The launch, which was invitation only, saw the bar packed to the rafters with fans of the TV show eager to get a chance to have their photograph taken with the star.

Speaking to the Andersonstown News, one of the trio of owners of the popular bar, football agent Gerard Carlile, said Mark “really enjoyed his visit to West Belfast”.

“To get him over to launch the bar was a real coup for us. We were keeping details of his visit under wraps but then word got out on Facebook and we were inundated with requests for tickets. It was great for the bar’s profile to have Mark pay us a visit. The people were just lovely to him and the women were going mad when he arrived. Hopefully he will be spreading the word back in Essex about the warm welcome he got in West Belfast.”

“ The people were just lovely to him and the women were going mad when he arrived.”