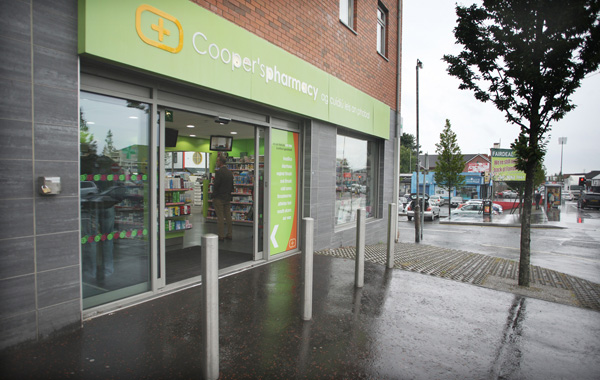 TWO staff members were injured during an attempted robbery and assault at Cooper’s Pharmacy on the Andersonstown Road on Thursday afternoon.

Police received reports that an armed man entered the pharmacy shortly before 5pm and approached staff at one of the four counters with a knife and demanded money.

No money was handed over during the incident and the suspect was restrained by members of staff before being arrested on the arrival of police at the scene.

"This evening a man with knife demanded cash and drugs from the pharmacy but staff foiled the raid and police have arrested a man at the scene,” he said.

“Two members of staff were injured during the robbery but staff raised the alarm and police were on site within minutes and took a man into custody.

"The quick actions of the staff prevented the robbery and I commend them for that.

"People should be free to go about their work and businesses and should be able to trade without this type of activity."

Detective Sergeant Keith Wilson said: "Shortly before 5pm police received a report that a man had entered the premises armed with a knife and demanded money. No money was handed over and the suspect was restrained by members of staff and duly arrested on the arrival of police at the scene.

“I would appeal to anyone who witnessed this incident or who has any information to contact police in Musgrave on the non-emergency number 101 quoting reference number 945 18/08/16. Information can also be passed anonymously to Crimestoppers on 0800 555 111."