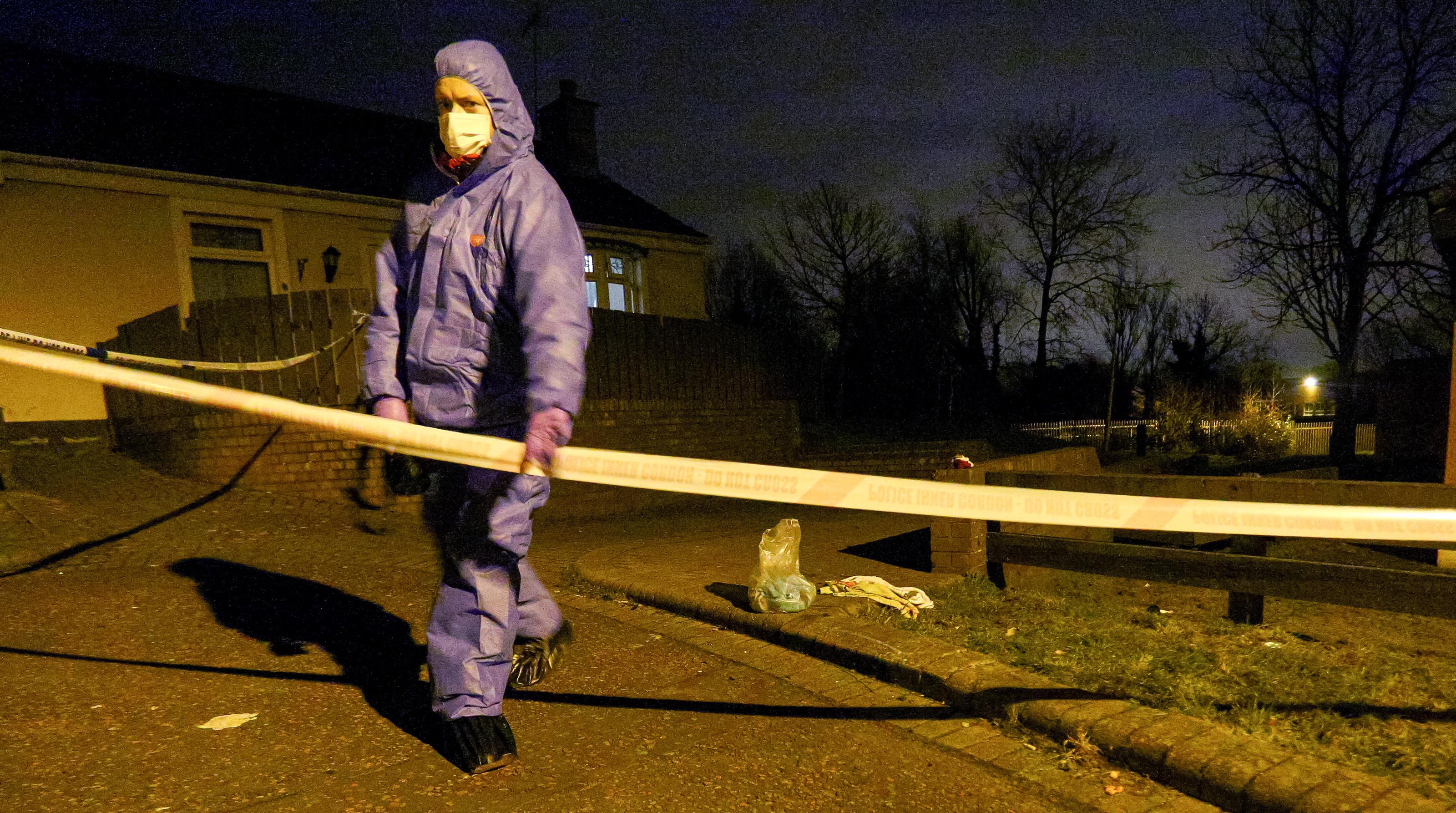 A North Belfast man has spoken of how he was forced to barricade himself into his home as a gang of armed and masked men tried to break down his front door.

And the shooting of two men in a paramilitary-style attack on the outskirts of Belfast last night has led an SDLP councillor to express his fears that the city may be slipping back to the “dark days”.

The 29-year-old New Lodge man, who does not want to be identified, said he has no idea why he was singled out by the gang who, on failing to gain entry, smashed the front window of his Spamount Street flat on Tuesday night before making off.

“I had just come back from walking the dog and was standing out the front of my house when I saw five men wearing masks and one holding a handgun coming towards me and pointing it at me,” he said. “Me and my cousin ran into the house and closed the door behind us. They were on the other side trying to push the handle down and I was holding on trying to stop them getting in.”

After the man held them off, the gang smashed his front window before making their escape towards the New Lodge Road through Hardinge Place. The father-of-one says he feels he is lucky to be alive.

“The one with the gun had it raised and he was coming up the street towards me. There is glass everywhere. I was supposed to be looking after my child but he was sick and couldn’t come down. I don’t know what I would have done if he had have been here.”

The victim of the attack has vowed not be forced from his home.

“My dad died in this house and I’m not leaving. No-one can force me out.”

His mother said she fears for her son, who’s already struggling to cope with a number of family tragedies.

“He’s on medication for his nerves because he saw his dad die here and his brother took his own life four years ago. He’s very worried.”

The incident is the second such attack to take place in the New Lodge’s Long Streets in the past two weeks. The PSNI are investigating an assault on a man on Hillman Street where a three-man gang wearing masks broke into a house and beat a 24-year-old with a pistol after searching the property – the incident took place on Tuesday, February 17.

“At approximately 10.10pm police received a report that five masked men, one of whom was believed to have a firearm, approached two men who were standing outside a house. On seeing the masked men the two men went into the house. As a result the masked men tried to gain entry. On being unsuccessful the masked men then proceeded to smash a window in the house. No-one was injured during this incident, however both men were left very badly shaken.

“I would appeal to anyone who may have witnessed this incident or who has any information to contact detectives at Musgrave on the non-emergency number 101.”

Meanwhile, the victims of last night’s double shooting – two men in their 30s – are in a stable condition after being shot in the legs in Poleglass.

The shooting, which occurred around 9pm, last night happened in the Glenkeen area of the estate. The men’s injuries are not believed to be life-threatening.

SDLP Councillor Brian Heading condemned those behind the attack and said those who carried out the shooting are “acting against the community.”

“Unfortunately this seems to be slipping us back to the dark days,” he said. “Residents tell me they don’t want this back on the streets again, that’s what they’ve said to me, loud and clear.”