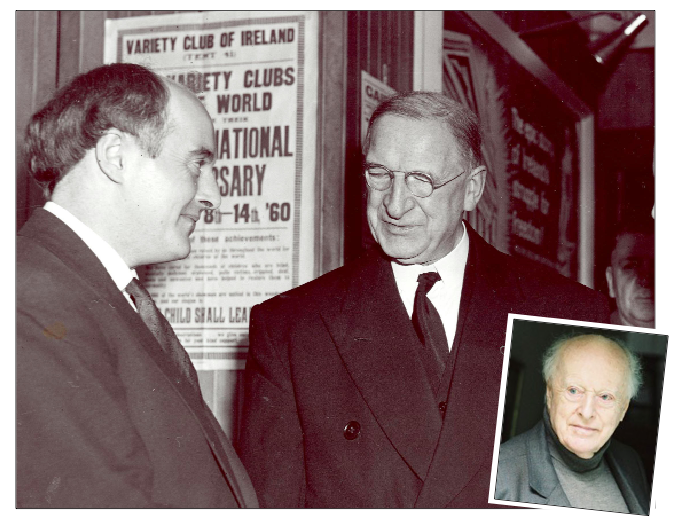 FAMED FILMMAKER George Morrison is to be the guest of honour at events in Belfast this week celebrating his epochal contribution to Irish cinema.

The influential director is best known for two historical documentaries Mise Éire (1959), the story of the 1916 Rising and the first Irish language film, and Saoirse? (1961), which chronicled Ireland’s later struggle for independence and the bitter Civil War.

The son of staunch republicans and the grandson of equally staunch unionists, Morrison’s films were described by former Irish President Mary McAleese as offering a “balanced and unbiased view of Irish political history”.

Morrison has been invited to Belfast to mark the conclusion of the ‘Conversations about Cinema: Impact of Conflict’ series of events organised by Queen’s Film Theatre, exploring the repercussions and representations of conflict in cinema.

As part of events Saoirse? is to screen at the QFT on Thursday the 6.30pm. George Morrison will be in attendance and the film is to be introduced by Doctor Des O’Rawe of Queen’s University.

Mise Éire will be screened the following day at an Chultúrlann at 12.30pm, preceded by a ceremony where the director is to receive an award recognising to his contribution to the Irish language.

Morrison trawled archives in Ireland, Europe and the United States for footage of the 1916 Rising for the landmark film Mise Éire, commissioned by Gael Linn and the first full length Irish language film. It received critical acclaim on its premiere at the 1959 Cork Film Festival and was avidly viewed in cinemas across the country. The sequel, Saoirse?, proved less of a hit in a country shaped and confused in equal measure by Civil War enmities.

In 2008, Morrison received a Lifetime Achievement award from the Irish Film and Television Academy. A year earlier, the man and his work were the subject of a documentary film, Into the Light, which brought his films to the attention of a new generation of movie buffs.