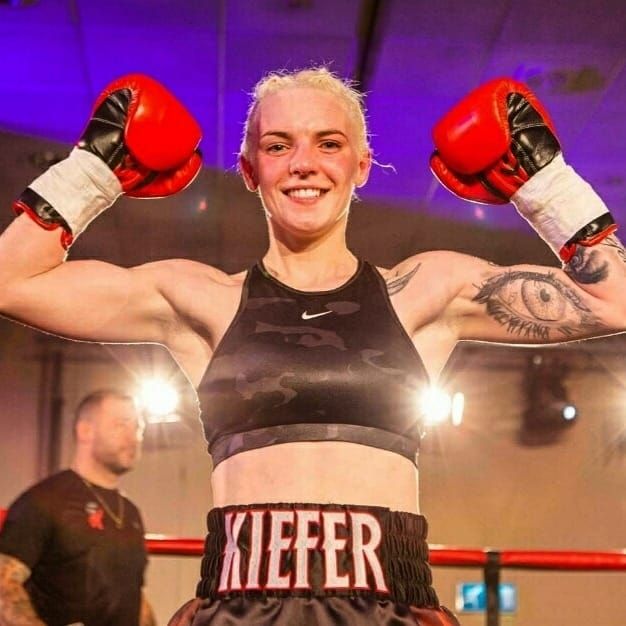 KRISTINA O'Hara-McCafferty made it three wins from three as a professional as she delivered a punch-perfect display to claim a 60-54 points win over Hungary's Judit Hachbold in Rotherham on Friday.

Despite being so early into her career, already there are murmurs of title fights - even at world level - as she has impressed and did so again in this fight, dominating every second of every round to march on.

It was the West Belfast woman's first fight in six months so the performance was perhaps that of a fighter eager to shine and she did just that, earning rave reviews as she sent out a warning to all in her natural minimumweight, but also those at light-minimum and light-flyweight.

"Whatever the team have in line for me, that's what I'll be doing. Whether that's before or after Christmas, I'll be ready," she said after her win that was broadcast live on BBC.

"I feel like I'm making statements every time I'm in the ring and proving myself, so if the team decide I'm ready for a world title then we will start going for them.

"My natural weight is minimumweight, but there are people out there who are a bit heavier and I'm willing to move up the weights or down, so we'll see what's being offered and what the team decides."

O'Hara-McCafferty was straight down to work, accurate with the jab and picking her shots against the Hungarian who bobbed but couldn't evade the shots coming her way.

The Belfast woman's movement and timing were exceptional, spinning Hachbold and making her pay to body and head, while defensively she was excellent, shipping little to no shots throughout the contest.

Controlling the distance allowed O'Hara-McCafferty to find a home for the right as she caught the Hungarian any time she ventured forward with the fight well under the control of the Belfast woman.

Hachbold was not short of ambition as she pressed early in the third, but could do nothing to turn the tide and yet another right hand around the guard had her on jelly legs.

O'Hara-McCafferty sensed the stoppage was on and let the hands go, but was smart with her work and was not trying to force it.

The signs were clear that the bodywork was making a substantial dent in Hachbold who did not look comfortable when they landed and although the Hungarian continued to look for a way into the argument, it was one-way traffic.

The only question was whether O'Hara-McCafferty would find the stoppage, yet she was punch-perfect throughout the fifth as Hachbold now looked a fighter just happy to try and hear the final bell as she was kept on the end of the jab.

Another right in the sixth and final round had Hachbold take a stumble and a right followed by a left that had the gumshield out.

A final charge has Hachbold on the brink, but the final bell did sound with O'Hara-McCafferty claiming a shutout points win.

"I enjoyed that so much," she added.

"I put in a long camp and spent so much time away from my son, so it's such a relief to get it over with and get wait to get home and see him."