Boxing: Quinn determined to get back on the winning trail 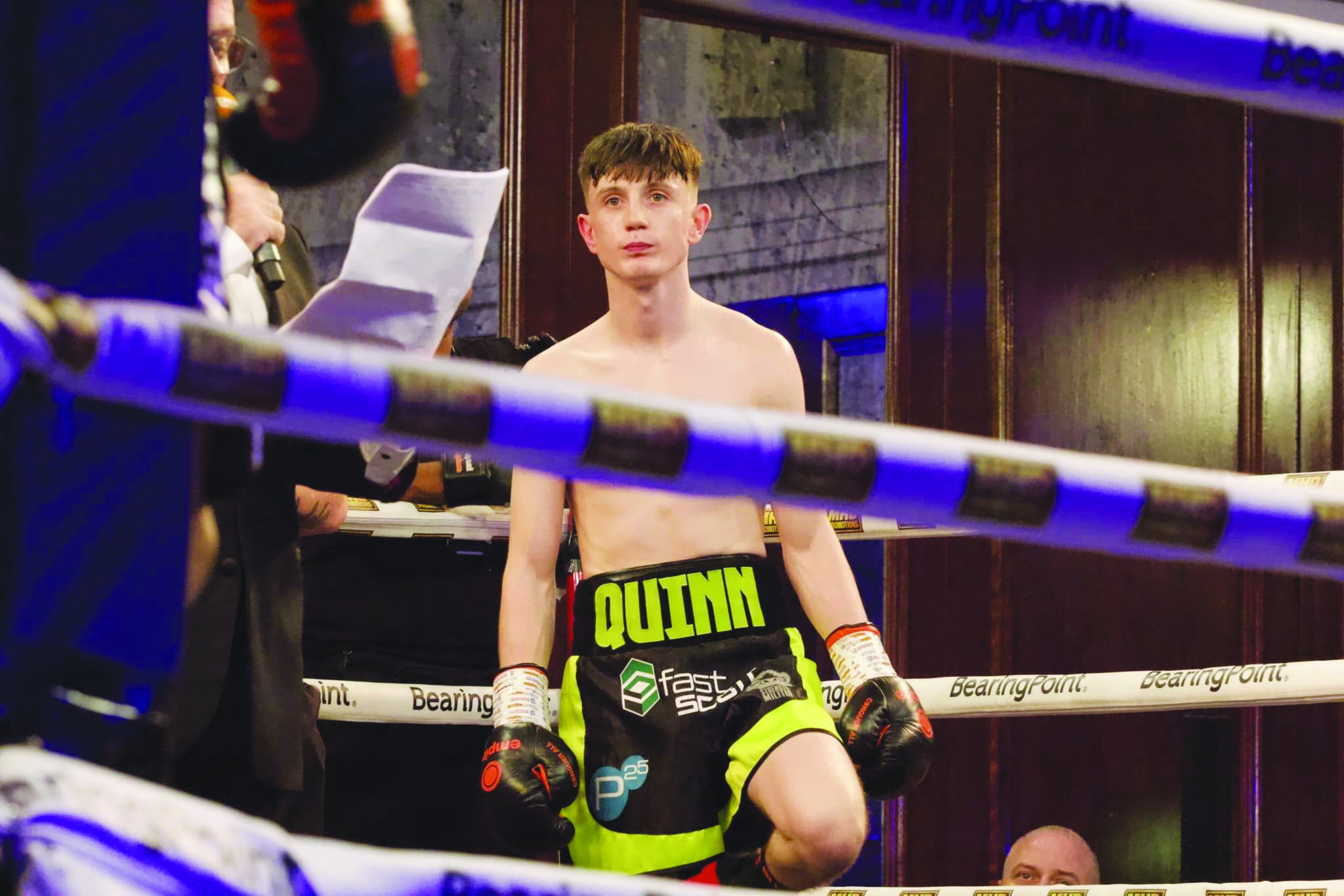 IT wasn’t the homecoming Conor Quinn had in mind at the Europa Hotel in September when he was forced to settle for a draw against Darwin Martinez, but he insists that is in the past as he aims to get back into the winners’ enclosure at Girdwood on Saturday.

The former Clonard amateur faces Mikey Young over six rounds and is keen to set the record straight and claim his third pro win with that one draw that left him disappointed and confused with his team angry at the decision.

“I have put that behind me now,” said 24-year-old Quinn whose first two pro fights took place away from home.

“It was a good performance and I thought I controlled the fight well: stayed out of danger and took no risks in my first time out of the ring. We’ll take the positives and move on.

“This fight is maybe more of a homecoming due to what happened and I want to put it right. It wasn’t the worst performance last time but I want to show I’m a lot better.”

Looking forward to having @ericdonovanbox calling the fights live on @SportTG4 on Sat Night pic.twitter.com/eWKLjHgNDK

Martinez was actually a very tricky opponent and a decorated amateur, so there are indeed positives Quinn should take from that night in the Europa.

He intends to put that into practice on Saturday with a victory and having lost two and a half years of his career, intends to remain busy.

“I knew that boy (Martinez) from the amateurs and what he was about and that he was a high-level guy,” he noted.

“Obviously, I wasn’t supposed to fight him but just before the weigh-in everything changed and I had to go with it.

“It’s eight weeks since the last fight and that’s what I want - fighting every six or eight weeks in Belfast and I want to have most of my fights in Belfast before moving onto the bigger shows.”

Tickets for Saturday’s show can be purchased on the door