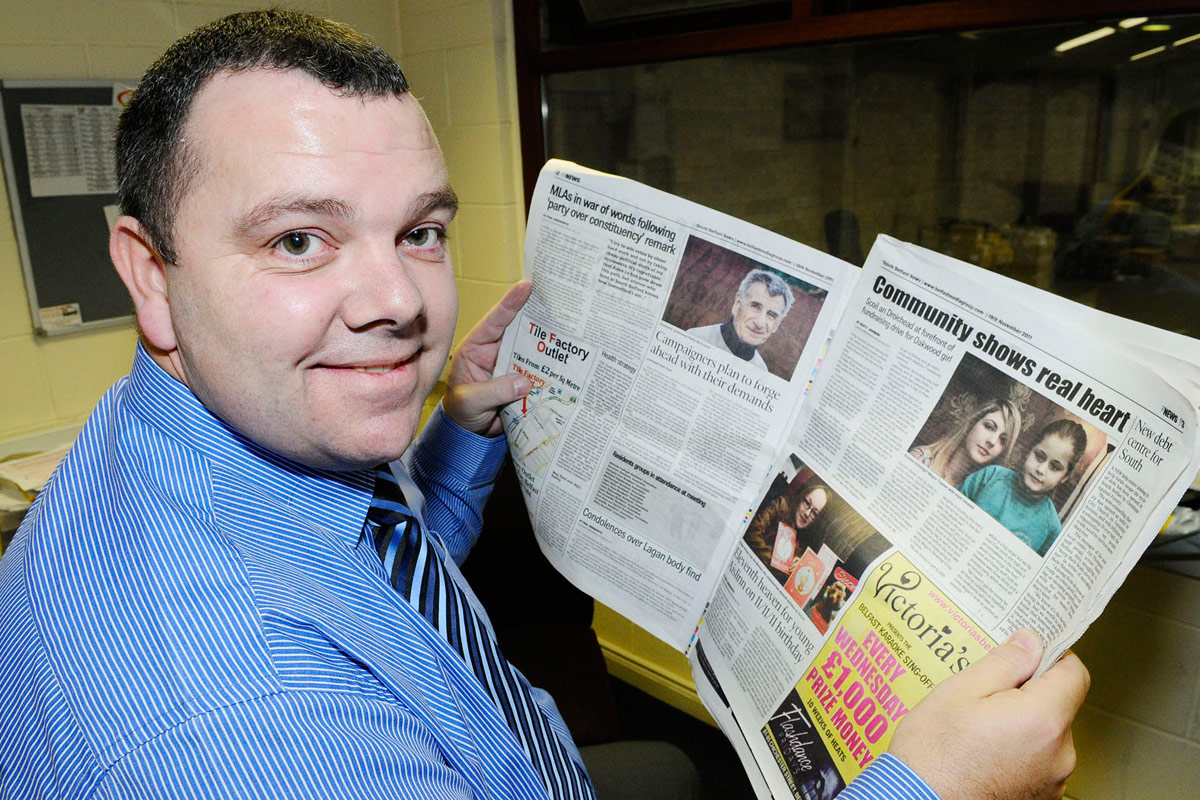 A major international company is to help raise funds for a schoolgirl with a rare brain disorder after reading about her plight in the South Belfast News.

Last week we told the story of nine-year-old Megan Traynor, a Lower Ormeau girl who suffers from septo-optic dysplasia.

Local bunscoil Scoil an Droichid, which her sister Hannah attends, has been helping to raise funds to send Megan and her family to Disney World in Florida.

Now John Hartley, manager of the Target Express Ireland depot in Nutts Corner, has pledged the company’s backing in raising money to help the Lavinia Square girl with her dream trip after seeing the story in this newspaper.

“I live in Cooke Street opposite the school and my daughter attends it. She brought home a leaflet from class telling people about the fundraising Scoil an Droichid were doing for Megan.

“My wife had a copy of the South Belfast News and I read the article about Megan. It just pulled at my heartstrings and the first thing I thought was how I could help the family. It was heartbreaking stuff, especially for those who have kids of their own.”

Megan’s condition means she has no eyesight and has multiple other issues such as diabetes, epilepsy and a growth hormone deficiency, meaning she goes through a daily routine of receiving numerous injections in order to keep her comfortable.

John said after reading the article he immediately asked his company how they could help Megan and mum Leanne - who was made redundant from her job over the summer - to pay for the dream trip.

“I spoke to the managing director and not only did he immediately gave his blessing to help raise some funds, he said he would contribute something out of his own pocket as well.

“We have depots right across Ireland so I am going to speak with all the depot managers and see if we can push things further afield as well.

“Even if we get a pound or a Euro from each member of staff, that would go a long way towards assisting them and giving Megan a great holiday.”

A special fundraising quiz in aid of Megan will be held in the Hatfield Bar this Friday (November 25) and Scoil an Droichid pupils will take part in a sponsored back pack at the Dunnes Stores in Annadale the next day.

The An Droichead Irish cultural centre has also been raising funds for Megan’s proposed trip to Florida on December 8 at recent concerts in their Cooke Street building.