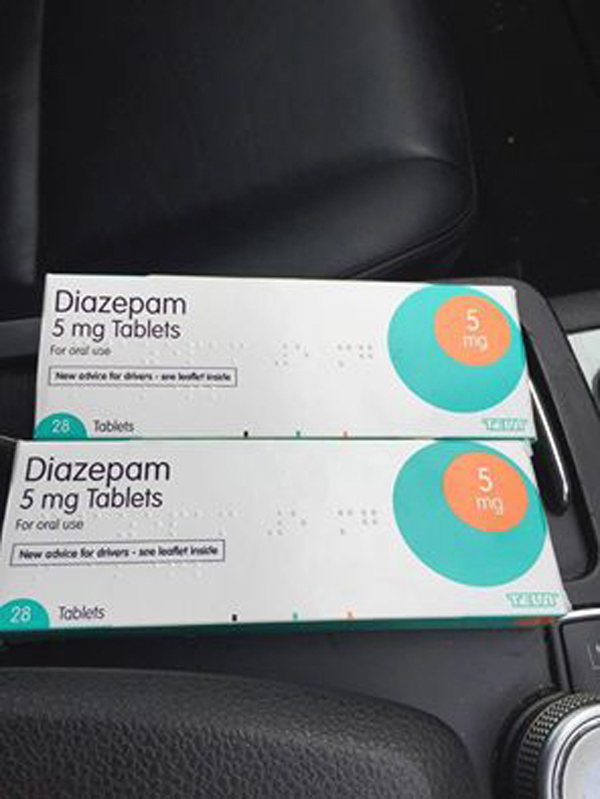 The Diazepam has now been destroyed

A suspected drug dealer who dumped two packets of Diazepam when he ran into the PSNI was left disappointed when a good Samaritan who found them refused to hand them back.

The brazen dealer found out who had lifted the drugs and had the cheek to make contact in a bid to recover his stash on Tuesday (October 18).

He claimed the Diazepam was for personal use but when asked why he dumped them when he saw the cops he had no good explanation. A friend of the man who recovered the drugs said he couldn’t believe it when the hood got in contact.

“He was saying about how they were for a medical condition but he had no answer when he was asked why he dumped them as soon as the cops appeared.

“The drugs situation in North Belfast is almost out of control so it’s good they have been destroyed. But it shows you how these people have no shame about what they are doing. It’s frightening to be honest.”

This week a bid to make the painkiller Lyrica a Class C drug was made by health officials in the north who said they were concerned at the use of the prescription medication for recreational use.

The Health and Social Care Board said they had been in touch with GPs to make them aware that there was the potential for misuse of the drug.