Kennedy strikes late to rescue point for Crusaders at Cliftonville 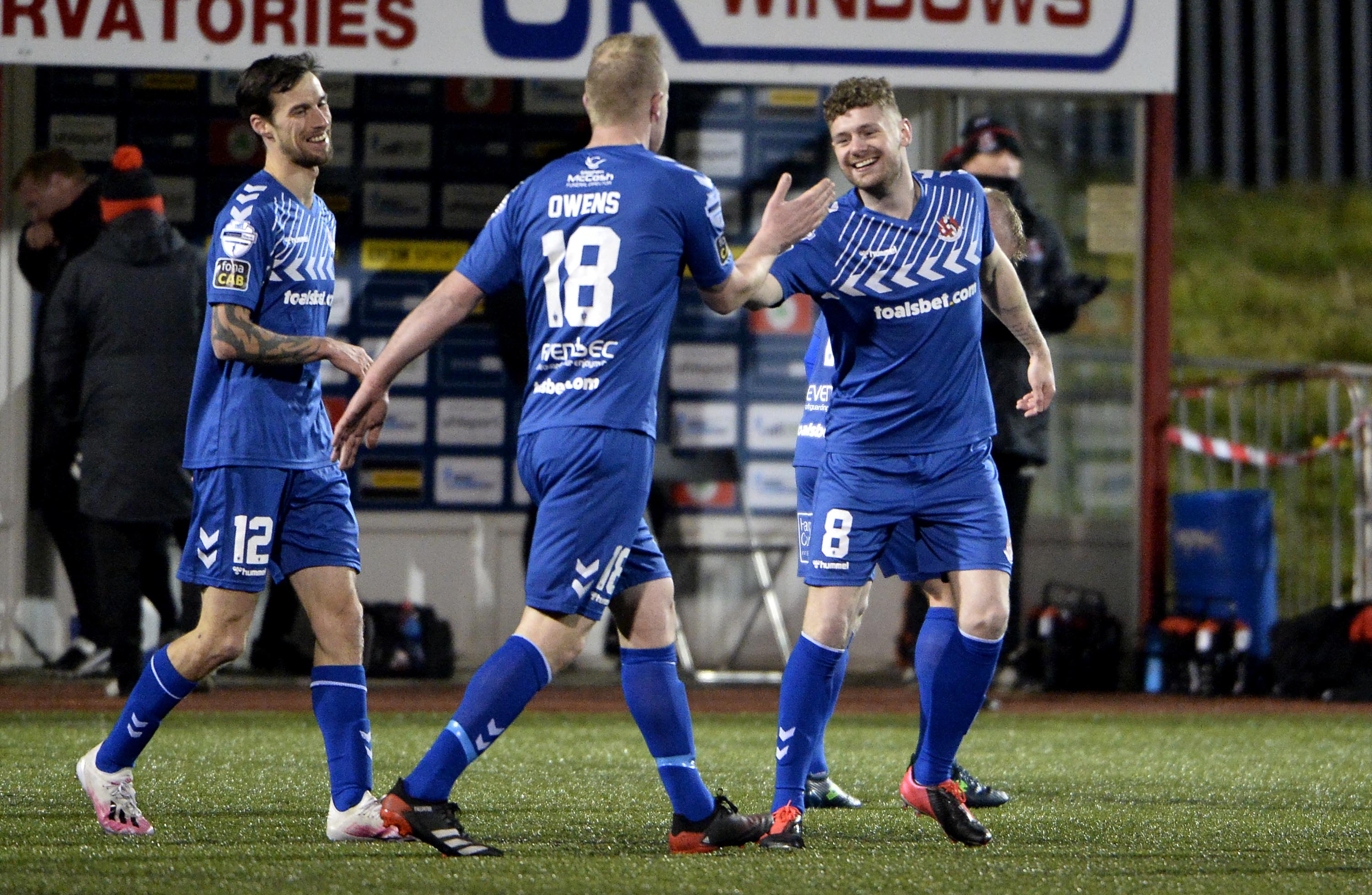 BEN Kennedy ensured that Crusaders would salvage a share of the spoils in Saturday’s rearranged North Belfast derby with a last-gasp equaliser in a 2-2 draw with Cliftonville at Solitude.

The Crues edged ahead through an early Jamie McGonigle penalty, but Rory Hale equalised against his former employers minutes before the break.

Cliftonville hit the front early in the second half through an own-goal from Chris Hegarty and it looked as though the hosts had done enough to secure the three points until Kennedy’s deep cross evaded everybody and hit the net in the third minute of injury-time, much to the disappointment of Reds’ boss Paddy McLaughlin.

“We made two mistakes in game, one at the start of the game and the other in the last minute. If you take away those two mistakes everything in the game was excellent.

“The players worked their socks off to match the physical battle that Crusaders bring. We definitely played some good football, especially early in the second-half. We had them on the rack and we could have went and put the game to bed. To concede an equaliser with the last attack of the match feels like a defeat.”

McLaughlin made one change from last Saturday’s 2-1 win over Dungannon Swifts as Aaron McCarey came into replace Richard Brush in goals.

McCarey was called into action after four minutes when Jamie Harney caught the heels of Paul Heatley in the area and referee Tim Marshall pointed to the spot.

Jamie McGonigle stepped up to face McCarey and came out on top in the battle of wits, sending the Monaghan native the wrong way to give the Shore Road side the lead.

McGonigle wasn’t too far away from doubling Crusaders’ lead from Rodney Brown’s cross but the striker volleyed over.

Another opportunity went a begging on the quarter-hour mark as McGonigle flashed the ball across the face of goal and Heatley was unable to turn it home on the slide.

It took Cliftonville a while to click into gear with Ronan Doherty eventually calling namesake Gerard into action with a snapshot that was turned behind for a corner.

The Reds drew level on 42 minutes when Ryan Curran slipped in Conor McMenamin whose shot was parried by the foot of Doherty and Ronan Hale was on hand to slam the ball goalwards despite the best attempts of Rodney Brown on the line to level the game at 1-1 at the interval.

Cliftonville made a bright opening to the second period as Conor McDermott cut the ball back to McMenamin whose shot was parried by Doherty. The winger kept the ball alive and hoisted it back across the area, but Chris Curran shot over the bar.

On 49 minutes, Cliftonville took the lead as McDermott’s attempted cut-back was sliced into his own net by Chris Hegarty make it 2-1.

Conor McMenamin let fly with a snapshot which Gerard Doherty held before Crusaders began to threaten.

Paul Heatley’s attempted lob was read by McCarey and with little under a quarter of an hour remaining, the winger let fly with an angled drive which McCarey was again equal to.

Conor McMenamin then burst down the channel and into the area but dragged the ball across the face of goal.

It looked as though Cliftonville had done enough to close the game out but deep into three minutes of additional time, substitute Ben Kennedy swung in a deep cross which evaded everybody and dropped over McDermott at the back post and into the net to snatch a share of the spoils.

“It was an interesting game here today,” Crusaders manager Stephen Baxter told the BBC after.

“We took an early lead, we were disappointed with the goal, it was bad communication from us and we should have cleared our lines and we got caught at the back post.

“I didn't think we started brightly enough in the second half, they get a good ball into the box and we score an own goal, so we very quickly changed it because we weren't going to lie down here today.

“We got Jordan Owens on, who hasn't been fully fit, and we put the Cliftonville defence under immense pressure and kept knocking the door and eventually we got our reward.”