Woman left shaken after drug paraphernalia are dumped in her garden 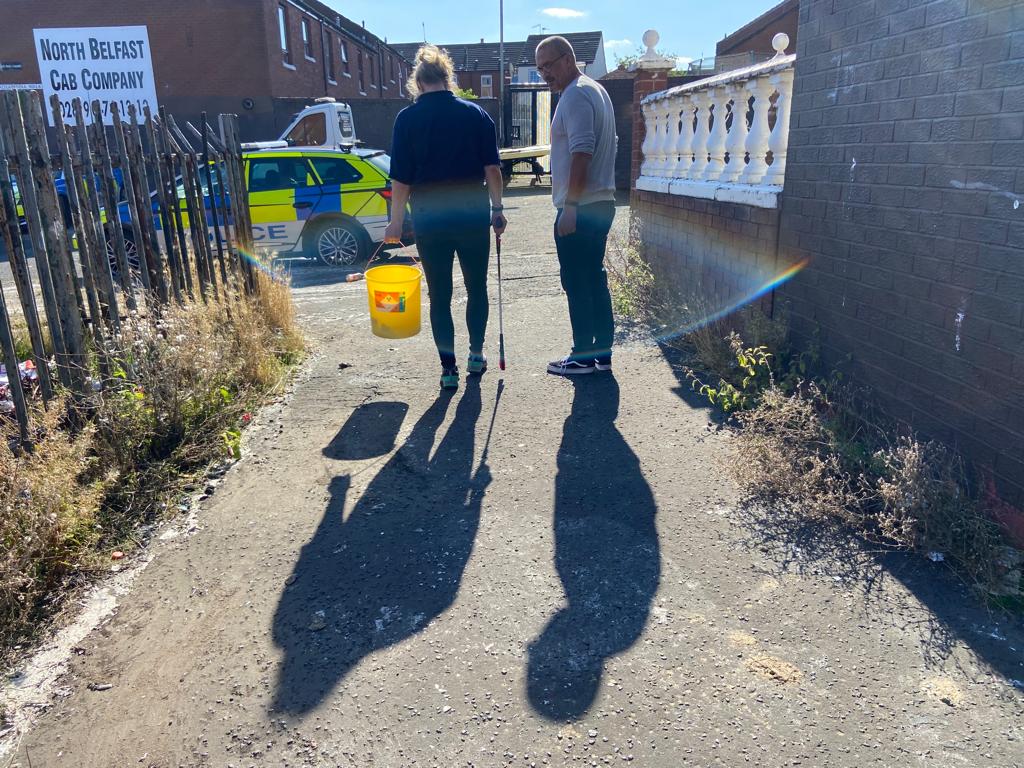 CLEAN-UP: The aftermath of the incident in Ballymoney Street on Tuesday afternoon

A NORTH Belfast woman has spoken of her fear after needles and drugs paraphernalia were dumped in her front garden.

Lucille Larkin was shocked when the items were discarded in the front garden of her Ballymoney Street home in the Rosapenna area on Tuesday morning.

"I thought it was just rubbish at first that had been dumped," she explained.

"But there was what looked heroin needles and drugs paraphernalia, some used and some not.

"It was very frightening. I am on my own with a young child. The needles were all up the path.

"I am shaken up. I have no idea why my front garden would be targeted. This sort of stuff is so dangerous to be lying about the street and in people's gardens."

A 31-year-old woman arrested on suspicion of assault and criminal damage following the incident has been released pending a report to the Public Prosecution Service.

“We liaised with our Belfast City Council colleagues to arrange for the items to be safely disposed of. Our advice to anyone finding a syringe or needle is to not touch it but contact police or the district council who will dispose of it safely.

“We would also remind those who use needles of the risks to others they cause by discarding them so wantonly. Such items can be dangerous, especially to younger children who may not be aware of what they have found.

“Police will continue to use high visibility targeted patrols and every method at our disposal to disrupt and arrest drug dealers involved in the sale and supply of drugs, and put them before the courts.

"Drug and substance misuse and dealing is a policing priority and we will continue to work with communities and partner agencies to reduce the threat of harmful and illegal activity. We are asking everyone for their support and co-operation in tackling this problem through the criminal justice system.

“We are committed to addressing illegal drug use and supply. Anyone who is suspected of involvement in the supply of drugs can expect to be arrested by police and presented before the courts.

“We all have a responsibility to help make where we live safer for everyone. Reporting crimes or incidents that impact on your quality of life helps focus our patrols where they are needed and take positive action. Ring us on 101, report online here or speak directly to your Neighbourhood Team."