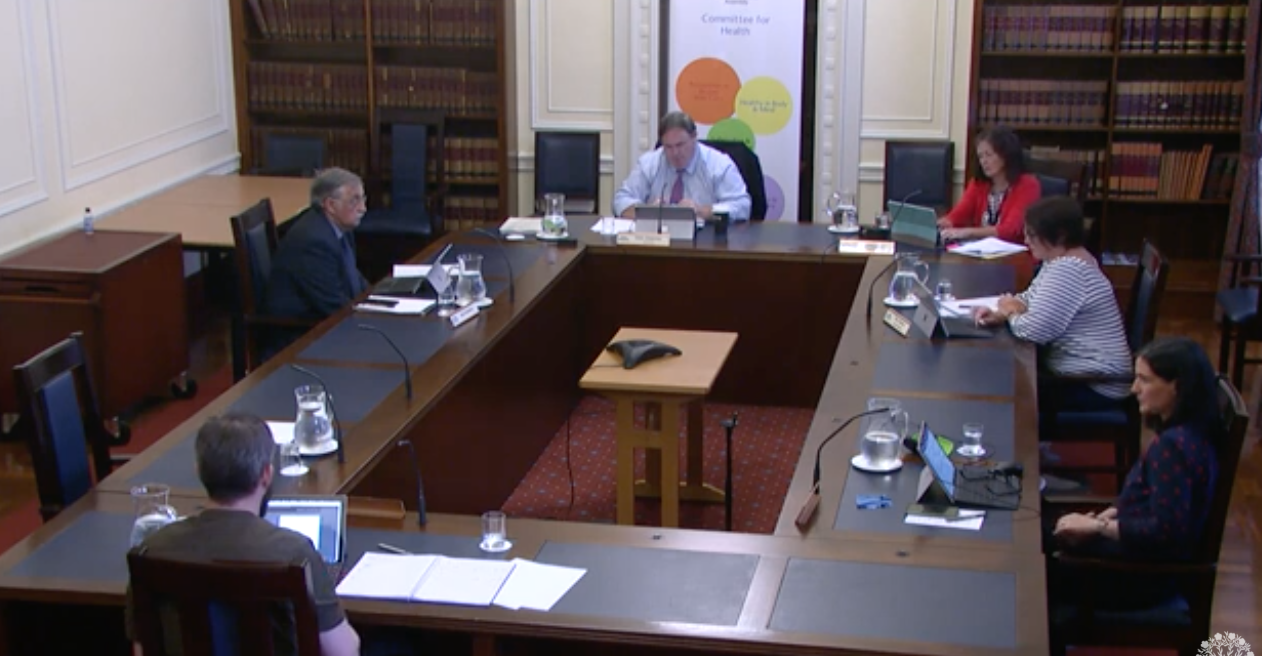 WAITING GAME: Stormont Health Committee hears strike pay promises have yet to be delivered on

In a week when Ireland won a seat on the UN Security Council and Belfast Greens might decide the next Taoiseach outside of the Albany, Boris decided to downgrade some of his medical experts by trumping a forty-year-old drug as a breakthrough.

This may have been to disguise the fact that the much trumpeted App would not even work on the Isle of Wight let alone with Nigel in BT9.

Our own Chief Medical Officer Dr. McBride has not been seen much recently.

@patcullen9 commenting powerfully to the Health Committee on behalf of RCN in Northern Ireland “our role is to make sure we speak truth to power” and there is nothing to fear from this!!! #Leadership #Advocacy #CoProduction #CoDesign ‘There is no transformation without nurses. 🌟

The health committee met to be briefed by nurses Pat Cullen and Fiona Devlin (Royal College of Nurses) who stated that there would be no return to a Health and Social Care system as before the pandemic.

Several members had been on the picket lines over the winter and were dismayed to hear that nurses strike pay had yet to be paid and it had been hoped that this would be in June pay packets.

There was also concern about child care and car parking. Rita Devlin stated that they were engaged in the Rapid Learning initiative to learn from the pandemic and had much to contribute to what had happened in care homes. Pam Cameron (DUP) asked about additional hours being worked and pay banding as acting up in ICU. Paula  Bradshaw, Alliance,  asked about childcare concerns.

Newly qualified nurses were praised for stepping up but there was concern about the clinical placement places for the first years and the plight of nurses in the independent sector.

Órlaithí  Flynn (SF) was concerned about Safe Workforce Planning and a legislative framework and a second wave.

There was concern also about PPE for the Care Homes. Pat Cullen was effusive about the way Minister Nichola Mallon SDLP had stepped in to spare district nurses from car parking difficulties and charges. Nurses had been through a perfect storm with additional hours and £1.6m in strike pay not yet paid.

Thank you to @niahealth for listening to @RCN_NI this morning and taking on board the concerns of nurses in Northern Ireland. We appreciate your support as elected representatives. @patcullen9 @fionadevlin64 @rita_rdevlin29 pic.twitter.com/1G0UiET6g8

Pat Sheehan (SF) said nurses were heroes of the pandemic but asked about the ‘Safe at Home’ scheme and was told that many features had been unacceptable.

Nurses had to be involved in transformation and safe care as they had in the  rest of Ireland, he said.

It was stated that we cannot continue to take nurses from Asia without some reciprocation.  Alan Chambers, UUP, asked about alternative employment and was told that some nurses went to agencies to have some control but that the Chief Nursing Officer had led with a career framework.

Staff of Department of Health briefed on the monitoring round and were asked about a budget for contact tracing. MLAs were told that strike pay was ‘repercussive’ and would have to go to the executive.

The Committee was asked to approve Health Protection regulations devolved presumably from the Pandemic Influenza Act and there was quite a discussion on the behaviour of the  police at different demonstrations — which was only resolved by a break.

The Minister is back next if the Executive can finish on time....’la plus changer le meme de chose’.