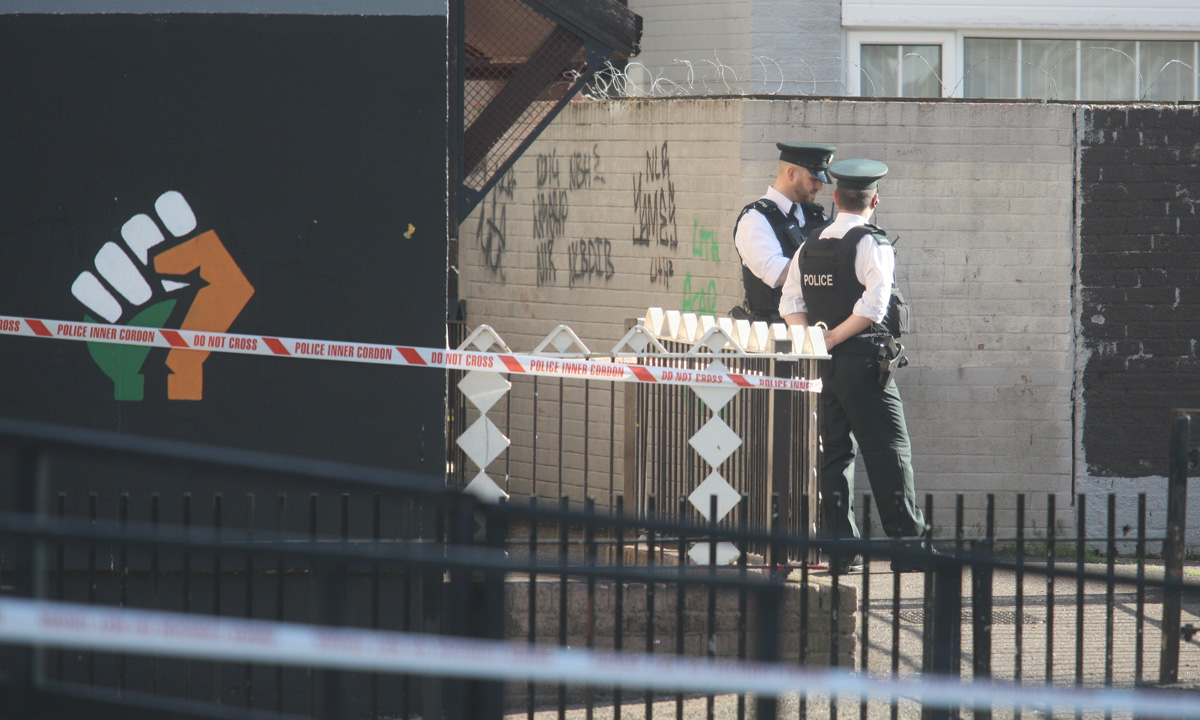 POLICE say a device thrown at a police patrol in North Belfast last night “detonated in the air”.

No-one was injured in the attack – believed to have been carried out by dissident republicans – but a parked car belonging to a local resident had its windscreen shattered and was peppered by shrapnel.

Chief Superintendent Nigel Grimshaw said: “Had someone been sitting in that car they would have been killed or seriously injured. I’m really grateful this morning that neither my officers nor any members of the public have been hurt. We know that these types of incidents are carried out by a small and mindless number of people within our communities. They have shown a callous disregard for the safety of the local community and the police officers who serve it.”

The attack was launched at around 10.30pm as police responded to a report of a burglary in Victoria Parade in the New Lodge district. A local woman said she saw a flash of light and heard a very loud bang. She described the incident as “terrifying” and said she heard children crying in the wake of the explosion.

A mumber of families living in Duncairn Parade were moved from their homes and spent the night in a local community centre as a British army bomb squad arrived to carry out an examination. The scene of the attack remains cordoned off this morning, but most residents have been allowed to return home.

The DUP’s Westminster candidate for North Belfast, Nigel Dodds, urged anyone with any information about the attack to contact police.

“Given previous dissident attacks which have occurred in North Belfast, it is deeply concerning that this has the appearance of a further attempt to cause serious injury or death through some sort of improvised explosive device,” he said. “Any such attack must be condemned by all right-thinking people. I urge the local community to reject these reckless and murderous attacks and to pass on any information which could assist the police to bring those responsible to justice.”

Local Sinn Féin Councillor JJ Magee said: “There is good work being done in the area to improve the lives of local people, and armed gangs that are currently involved in violence, extortion of new housing projects and  intimidation have been roundly rejected by the New Lodge community.

“I’d like to pay tribute to everyone that helped last night, including those who worked to open facilities for displaced residents during the incident. Thankfully nobody was injured in this reckless attack.”