WE SAY: Harsh words from a dark past belong to those whose time has gone 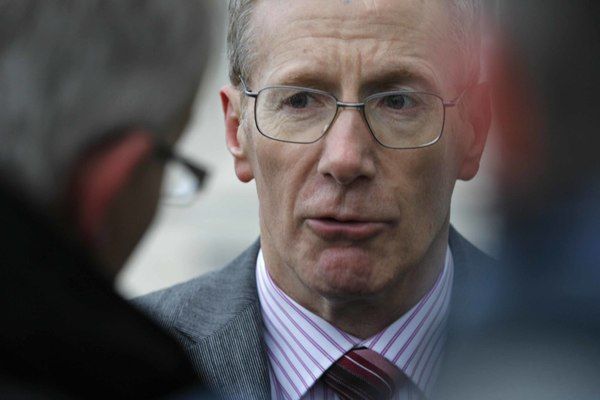 AT times it can be easy to forget the progress that has been made here in the north on that long and twisting road towards justice and equality.

And if we do that, we can see that huge strides forward have been taken. And nowhere is that progress more striking than in the matter of demeaning language.

Most of us still remember a time when it was par for the course for unionist politicians to resort to shockingly, crudely bigoted statements about nationalists, about Catholics, about gays, about Irish culture, about ethnic minorities – about anything, in fact, that threatened the monochrome, monotheistic nature of the north.

Of course we still witness the occasional spewing of bile and hostility, but we would do well to remind ourselves that where such outbursts were not so very long ago par for the course, today they provoke widespread pushback and condemnation, and that in itself is an indicator that things are changing for the better.

It’s in that light that we hear the words of the DUP’s Gregory Campbell MP, who this week decided to regurgitate the notorious anti-Irish language rant that six years ago got him suspended from the Assembly for a day.

Why the veteran Derry politician decided at this stage to recycle words that he knew full well would cause controversy is not entirely clear. The MP is never far from the spotlight and his appearances in the public square of debate are generally combative and controversial.

But shortly before he made the Facebook post that lit the touchpaper on this particular firework, the Irish Times carried a column in which it was asserted that Sinn Féin, the biggest party on the island of Ireland, still require to be “house-trained”.

That remark was similarly reeking of the stale odour of a grim past, but coming from the Irish ‘paper of record’, it perhaps had the power to suggest to others that there can indeed be a going back to the days of harsh words with no consequences. But the simple truth is that there can not.

What was wildly ironic about the Irish Times piece is that there is little to no chance that any media outlet in Belfast would have put out that headline – or at least, no outlet that claims to cater to a cross-section of the community.

Which is to say that the language of the past now belongs only to those who don’t know their days have gone, and to those who refuse to accept it.