Well-known local businessman is laid to rest after sudden death 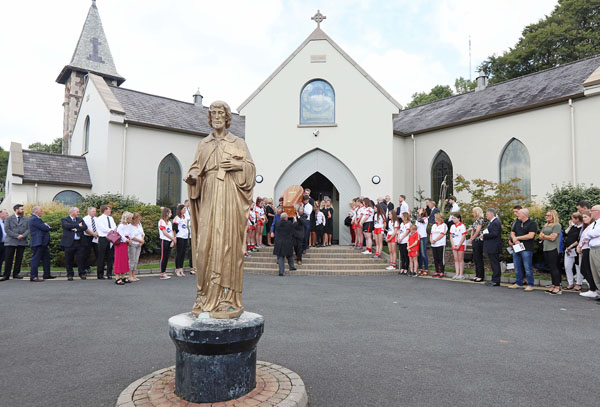 John Jones, Centre Manager of the Kennedy Centre said: “Hugh Jnr has grown up with the business and been involved heavily in the day to day running of it. He was an integral part of Curleys and the Kennedy Centre. His sudden death has been a massive shock for all of us here and he will be greatly missed.”

A statement from Lámh Dhearg CLG on Friday said: “We regret to inform you that our esteemed member Hugh Kennedy Junior, husband of Louise and father of players Aaron, Sara, Hannah, Jordan and Rebecca and son of generous club partner Hugh Kennedy Senior sadly passed away yesterday.”

Mr Kennedy, who was a Director for the family business HJS Developments, passed away in his South Belfast home on Thursday.

HJS Developments own the Kennedy Centre and the Oak Centre, Dungannon.

Mr Kennedy is survived by his father, brother Stephen, his wife Louise and his five children.