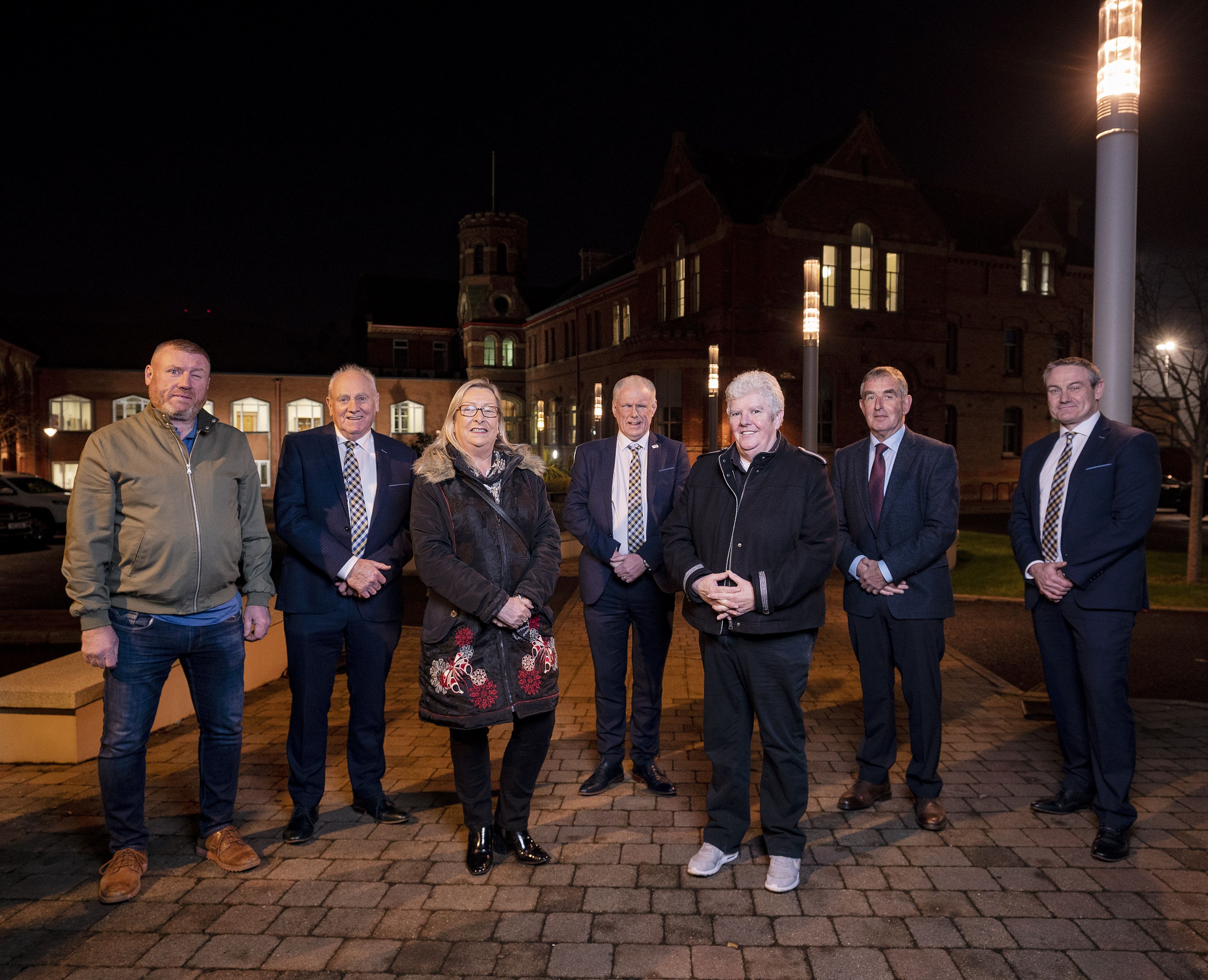 ULSTER GAA has reaffirmed its commitment to the redevelopment of Casement Park following a meeting with residents living adjacent the stadium.

Residents have been at loggerheads over the proposal, with one group – Mooreland and Owenvarragh Residents' Association (MORA) – taking the judicial review.

Ahead of the GAA's provincial convention at St Mary's University College on Friday, newly appointed Ulster GAA President, Ciaran McLaughlin, met with residents who are in favour of the proposal.

Addressing the convention, Mr McLaughlin welcomed support for the project, which he says will be a key objective during his tenure.

"It was heartening to hear, first hand, the commitment and passion that there is for the redevelopment of Casement Park amongst local residents and I commend their determination to ensure that their voice will not be lost.

"The protracted planning process has been extremely frustrating for everyone and I would like to thank local residents, our members and the whole community for their continued understanding and patience as we seek to deliver Ulster's provincial ground and Antrim's home in the heart of West Belfast."

Commenting Stephen McGeehan, Ulster GAA Project Sponsor, added: “It was a very special occasion to have Ulster GAA's Annual Convention hosted by Antrim, in West Belfast this weekend. For Ulster GAA to be approached for a meeting by a group of local residents who live beside the stadium who wanted to convey their support for the project is very significant, and reflects the mood of the wider community.

“The group shared a letter with every Ulster GAA delegate outlining their reasons for supporting the initiative and their determination to ensure that supportive local voices will be heard in coming weeks and months ahead."

In a statement, the group of residents said they wanted to draw Ulster GAA's attention "to mistruths regarding the views of local people towards the redevelopment of the stadium."

"Our message to Ulster GAA officials was unambiguous, the majority of people who live next to Casement Park support the project and want to see the stadium built as soon as possible," they stated.

"We do not support the current court proceedings which is challenging the Infrastructure Minister’s decision to approve planning permission for the stadium and we believe the lack of governance around this process depicts a group that has lost touch with its neighbours."

Planning permission was previously granted for a 38,000 capacity Casement Park in 2013. However, in 2014 approval was quashed in a High Court legal challenge brought by MORA.

The residents' association has objected to the latest manifestation of the redevelopment due to concerns abound stadium height, traffic, parking and potential disturbance from music concerts.

Its members have instead called for the development of 20,000 capacity stadium.