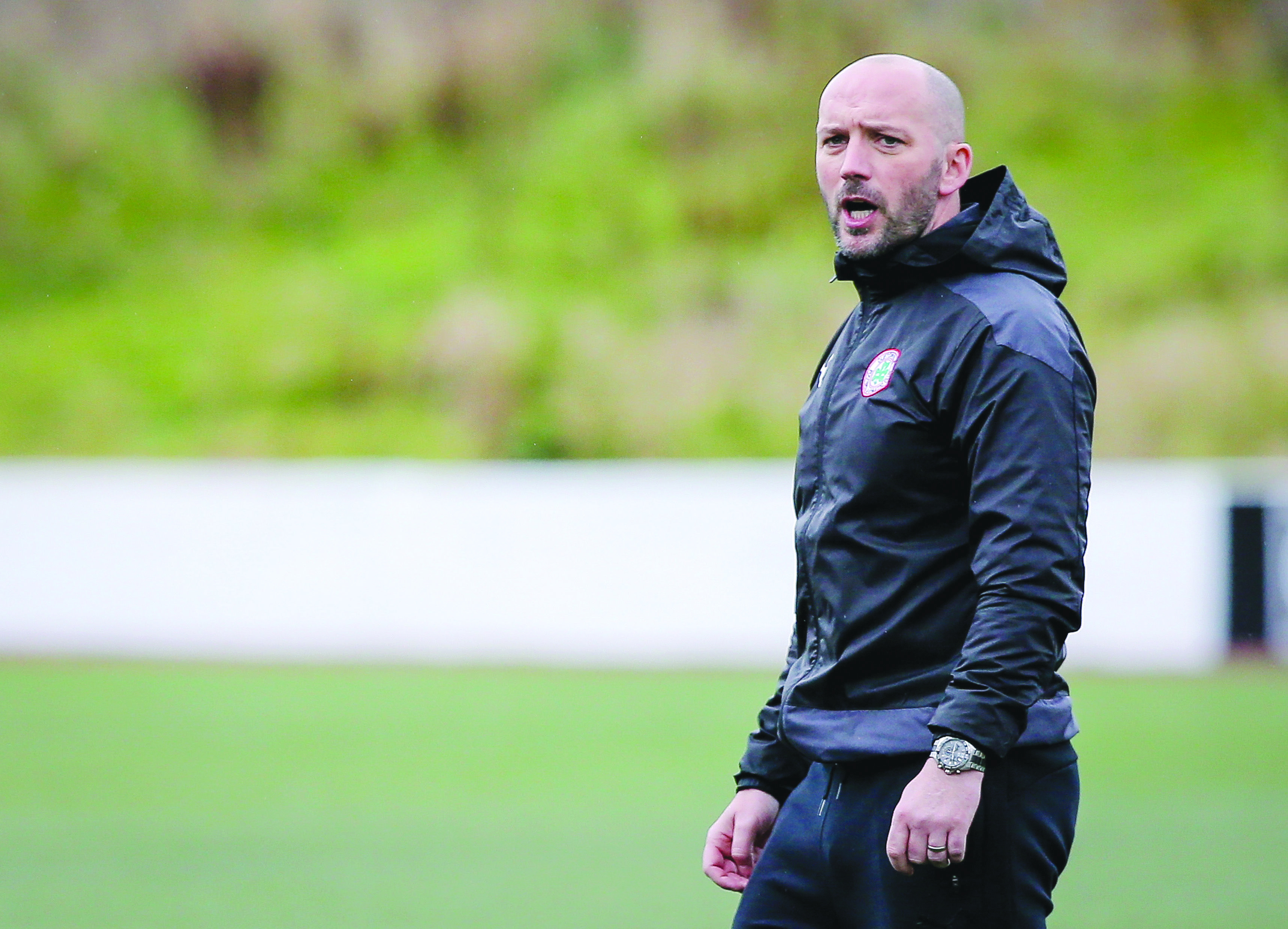 CLIFTONVILLE manager Paddy McLaughlin is looking forward to Saturday’s trip to Larne after an enforced break at the weekend.

The Reds travel to Inver Park (3pm kick-off) looking to bounce back from the disappointment of losing to Dungannon Swifts last Tuesday evening at Stangmore Park.

McLaughlin is full of praise of the Inver men and believes they possess one of the best surfaces in the league to play on.

“Larne are a serious side and full of quality right throughout. They have that huge investment in the background backing them that makes life a lot easier for them. I’m sure but they’ve assembled a fantastic side and a good squad of players.

“It should be a good game with two good footballing sides, a brilliant surface – their pitch is one of the best surfaces in the Irish League – and there is a lot of work going on within the stadium itself.

“I’m sure it’s a ground a lot of sides look forward going to and we’re looking forward to going on Saturday.”

McLaughlin believes Larne have a quality squad but is also happy with the squad at his disposal and the talent coming through the youth system at Solitude.

“They’ve got a good Cliftonville contingent there, even Tiernan Lynch is an ex-Cliftonville coach himself,” McLaughlin points out.

“Tim McCann is there as well, and he had a brilliant connection to Cliftonville as a player.

“Sometimes you scratch your head and wonder how some of the players were let go, but whatever happened at the time, that is football and people move on.

“We’ve a lot of great young talent coming through the system as well. That’s one thing about Cliftonville – they’ll always produce top players. They always have down the years and I’m sure we’ll continue to do that as well.”

The Reds were unbeaten in last season’s three head-to-head fixtures, claiming two wins and a draw but McLaughlin insists the task remains tough and last year’s results hold no bearing.

“We’d a good record against Larne last year but that’s last year and it’s in the past. This year is more important now and it will be just as tough,” he predicts.

“They were tough games last year and good entertaining matches with plenty of goals. Hopefully we can get something similar on Saturday, especially results-wise because our head-to-head form last year was fantastic.

“It will be tough but all games in the Irish League are tough. It’s a good surface and there should be a decent crowd at it so we’re looking forward to it.”

The postponement of Saturday’s game with Ballymena United (which has now be arranged for this coming Tuesday, 7.45pm kick-off) allowed McLaughlin to reassess his patched-up squad that is suffering badly from injuries, but the Reds’ boss again highlighted how important the youth players will be in the coming weeks.

“We were glad of the break,” admits McLaughlin.

“You want to play straight away after a defeat and correct the mistakes and get back to winning ways again, but we were glad of the break at the weekend because of our injuries at the minute.

“It’s something I’ve never seen before in football. We’ve almost nine first-teamers out injured at the minute and we’ve a squad of 18 or 19 players.

“It’s a crippling injury list but it’s an opportunity for the young boys to step in and come into the first team probably earlier than expected. If they’re good enough they’re old enough and they’ve proved that, especially in training.

“Young Odhran Casey has been the standout of the younger players coming through. He’s played a few games for us in pre-season and against Carrick a few weeks ago. He’s shown that he’s more than capable of coming in and holding his own and if that’s the case we’ve no problems putting the young boys in.

“We don’t expect any of the lads back in the coming weeks. It would be good if we could get them back for Saturday night but there’s no chance.

“It’s a long season to force lads into taking gambles and it doesn’t work at this stage of the season.

“We’re definitely going to be down bodies come Saturday but like I’ve said: the young boys have never let us down and I’ve no doubt they won’t let us down on Saturday if they get the call.”