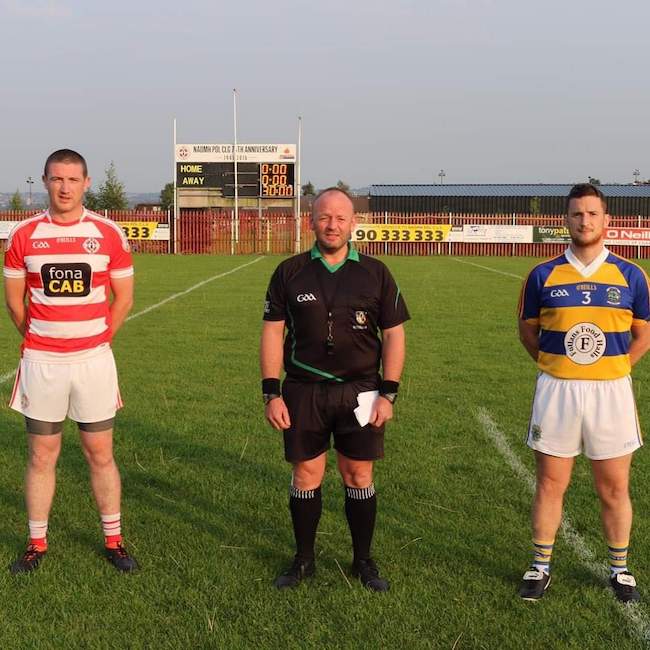 ST Paul’s confirmed their place in the last four of the Antrim intermediate football Championship with a comfortable six-point win over Rasharkin on Wednesday evening.

They’ll meet Ballymena next week to determine who tops Group 2 with both teams claiming four wins from four thus far.

In truth, St Paul’s always had things under control against St Mary’s and could have won by more had it not been for from wayward shooting in the final third.

Credit to Rasharkin though, they battled on gamely and were rewarded with two second half majors from Shane Hasson - the second of which came from the penalty spot.

However, they never looked like they threaten an upset and it was a fairly emphatic win over the hosts who took some fine scores on a humid night in West Belfast.

Yet, once Michael Connolly restored his side’s lead on seven minutes, the home side were never pegged back.

Further points from Connolly, Liam McLarnon and Liam McKernan (free) had them four clear before Connolly converted his third of the evening from a free with 15 minutes played.

It could have been even worse for St Mary’s with St Paul’s kicking five wides and dropping another three short in the opening quarter while McKernan fired a shot across the face of Ryan Doherty’s goal.

Rasharkin’s second point didn’t arrive until 22 minutes into the game via the boot of Colm Kennedy, but St Paul’s replied instantly with another effort from McKernan.

They were guilty of overplaying things late in the half when a great move broke down when Niall Peoples looked for a pass rather than shooting for goal.

A free from Andrew Hasson brought St Mary’s back to within four at the break and a 45 from the Rasharkin wing-back on the restart left three between the sides.

It may have been different for the North Antrim men if Lynch had have found the back of the net, but St Paul’s goalkeeper Kiefer Toolan got down low to only concede the 45.

Conall Finnegan and Cathair Henderson exchanged points as St Mary’s briefly looked to be gaining a foothold in the game.

To proved to be something of a false dawn as St Paul’s moved it up a gear outscored Rasharkin six points to one before the second half water break with points from Connolly, Peoples, Joe Duffy, McKernan and another brilliant effort from Peoples. Hasson’s first from play was all his side could muster in return.

As both management teams emptied their respective benches for the final quarter, St Paul’s struck for only major of the game as the impressive Connolly set up full-forward McLarnon for a well-taken goal which left the hosts clear at 1-14 to 0-7.

They probably took their foot off the throttle in the closing stages which let Rasharkin for two late goals.

The first came after substitute Tiernan O’Boyle had a shot which crashed off the posts and St Paul’s failed to clear their lines which allowed Shane Hasson to fire past Toolan on 52 minutes.

McLarnon could have had his second at the other end, but he dragged his shot across the face of goal.

A foul on Ruairi Hawthorn led to a penalty two minutes from time and Hasson stepped up to convert to leave six between the sides at the full-time whistle.