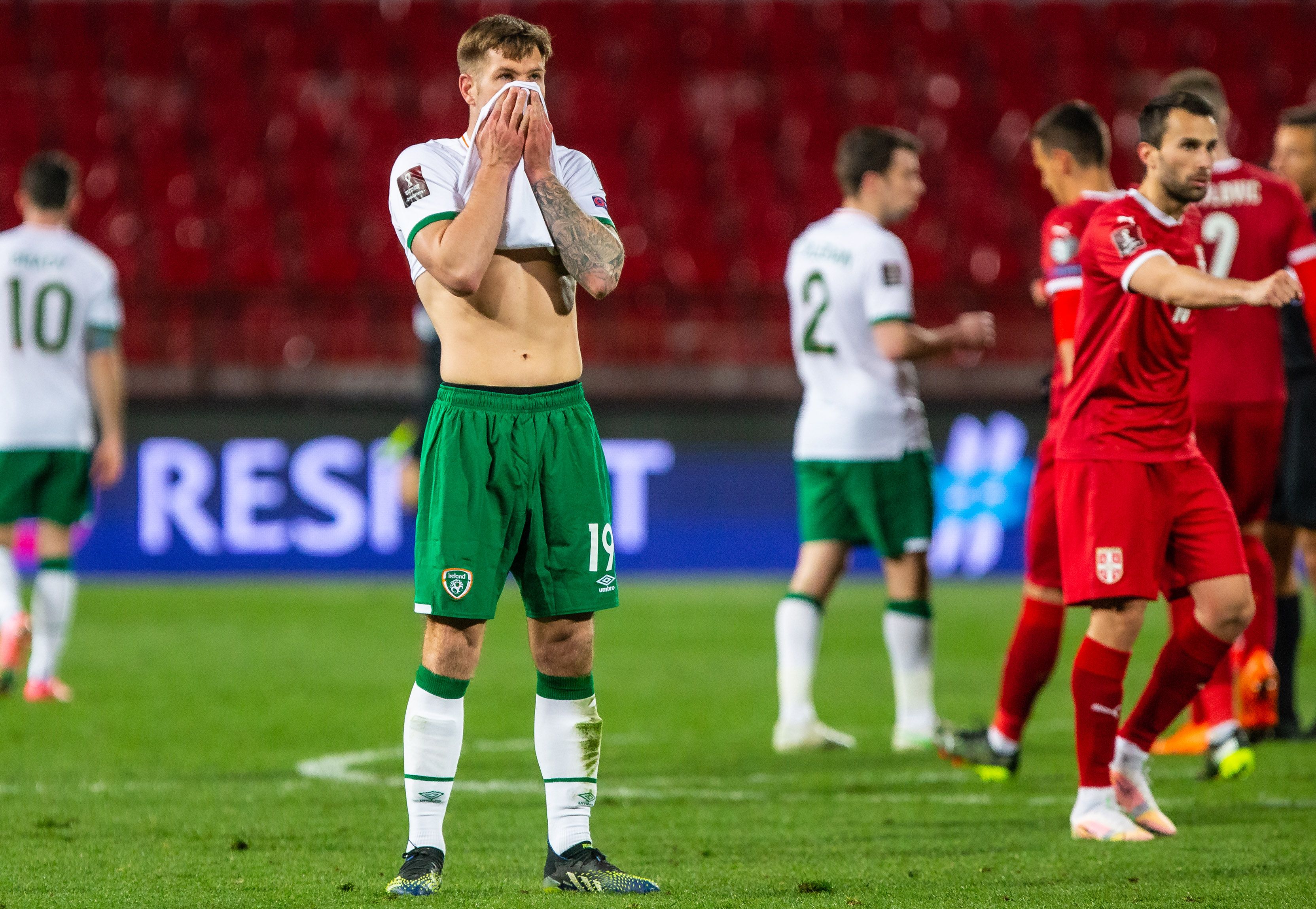 THE goals finally came for Ireland, but unfortunately they weren't enough as their World Cup 2022 qualifying campaign ended in a 3-2 defeat to Serbia in Belgrade.

While the goal drought ended after drawing a blank for the last seven games, Stephen Kenny's first win as a manager is still to arrive but there were plenty of positives to take in this, his ninth game in charge.

"You don't get anything for that unfortunately," said Kenny told RTE afterwards.

"I think the players were terrific. Normally when you concede three goals it's normally as a result of conceding six, seven or eight chances. They've scored with their first shot and have been ruthless with their finishing on the night. We're really disappointed to lose that game."

The Irish looked composed on the ball and kept their shape well, probing from the kick-off and were rewarded when a good move saw Alan Browne rise to nod home after 18 minutes.

This goal seemed to act as a weight off the shoulders of the players who looked comfortable but were undone on 40 minutes when a clever ball from Mladenovic was nodded into the path of Dusan Vlahovic by playmaker Dusan Tadic and the Fiorentina striker finished superbly to leave it 1-1 at the break.

Ireland had a huge penalty appeal turned down early in the second half when Aaron Connolly appeared to be taken down by Stefan Mitrovic, but a corner and not a penalty was the award with no VAR in use on the night that may have prompted Italian official Davide Massa to have another look.

"It looks like a cast-iron penalty to make it 2-1," Kenny opined.

"The player's gone through him to win the ball. It's an easy option to give the corner rather than give the penalty.

"How could there not be VAR if there is for some matches and not others? There's nothing we can do about that."

Serbia had the luxury of introducing Aleksandar Mitrovic off the bench and with Tadic pulling the strings, the Fulham man put the hosts into the lead with a sublime finish in the 69th minute as he chipped rookie goalkeeper Mark Travers from outside the box.

He was at it again six minutes later when rising above Ciaran Clark to nod home a Tadic cross and seeming seal the points.

However, Ireland stuck to the task and with he introduction of veterans Shane Long and Robbie Brady, they forced a mistake of their own when Long pounced on Mitrovic's indecision to poke towards James Collins who finished with four minutes left of normal time left.

While they pushed for an equaliser, the chance just wouldn't come as Serbia held out as Ireland now turn their attention to Saturday when they host Luxemboug at the Aviva Stadium (7.45pm).

Great effort from the group tonight 💪🏻

We stick together and look forward 🙌🏻#WEAREONE | #COYBIG | #SRBIRL pic.twitter.com/bO93L1kfF8

"We're disappointed with the second goal we've conceded but overall, I can't believe we've conceded three goals because it didn't look like that type of match where we would concede three," added the Irish manager.

"They had a period in the first half when they pushed us back and Tadic came right into midfield for them and overloaded us a bit, but they didn't penetrate. We were comfortable defensively and Seamus Coleman marshalled it brilliantly.

"That was a great first goal from Alan Browne and a great cross from Callum Robinson.

"At 3-1 down you were wondering how we were, but we worked hard and got a goal back. All of the substitutes probably made an impact with the goal at the end, but we've come out with a narrow defeat."